Bridger Aerospace has signed a firm aircraft purchase agreement with LAAM for up to five Viking CL-415EAF aircraft, with the first two aircraft scheduled for delivery in early 2020 timed to support the 2020 aerial firefighting season in the United States, and the remaining three aircraft delivered in subsequent years.

To initiate the CL-415EAF program, eleven specially selected CL-215 candidate aircraft will be supplied by LAAM and undergo the modification process at LAAM's Calgary facilities utilizing Viking supplied conversion kits. LAAM expects to employ nearly two-hundred technical and support staff members in the coming months, and is currently working with the Southern Alberta Institute of Technology (SAIT) to develop innovative technologies and provide assistance in support of this program.

With the execution of the aircraft purchase agreement, Bridger's Founder & President Tim Sheehy stated, "We are pleased to be the launch customer for LAAM and Viking's new Enhanced Aerial Firefighter aircraft program. Bridger has continually positioned itself on the forefront of next generation aerial firefighting techniques and this is yet another step in that direction. We look forward to receiving these aircraft to combat the ever-increasing wildfire danger in the United States, and we believe that the CL-415EAF aircraft is an ideal platform for that mission."

Robert Mauracher, Chief Operating Officer for LAAM, commented, "We are very excited to be partnering with Bridger Aerospace as the first international launch customer for the CL-415EAF program. Bridger's recognition of the benefits offered by an amphibious aircraft to protect the environment and local communities throughout the United States is a key indicator of the suitability of the CL-415EAF for the US firefighting market, and we look forward to working together in the development of these aircraft."

The Viking CL-415EAF represents the evolution of the type, providing best-in-class water drop performance utilizing the higher delivery 2-door water drop system combined with a zero-timed maintenance program and factory-supported warranty program. All obsolete components impacting the worldwide fleet of CL-215 & CL-415 aircraft will be replaced in the CL-415EAF, and the upgraded aircraft will be designed to failsafe FAR 25 certification criteria with no preset life limit.

The completed CL-415EAF aircraft is the only aerial firefighter with factory OEM support offered by Viking's Customer Service & Product Support division, including management of all Continuing Airworthiness, warranty items, in-service engineering, initial provisioning, as well as offering Viking's M+ all-inclusive maintenance support program. All improvements and obsolescence issues addressed by Viking for the CL-415EAF aircraft will become the new aircraft production standard should Viking elect to launch the manufacture of an all new, next generation CL-515 multi-purpose amphibious aircraft. 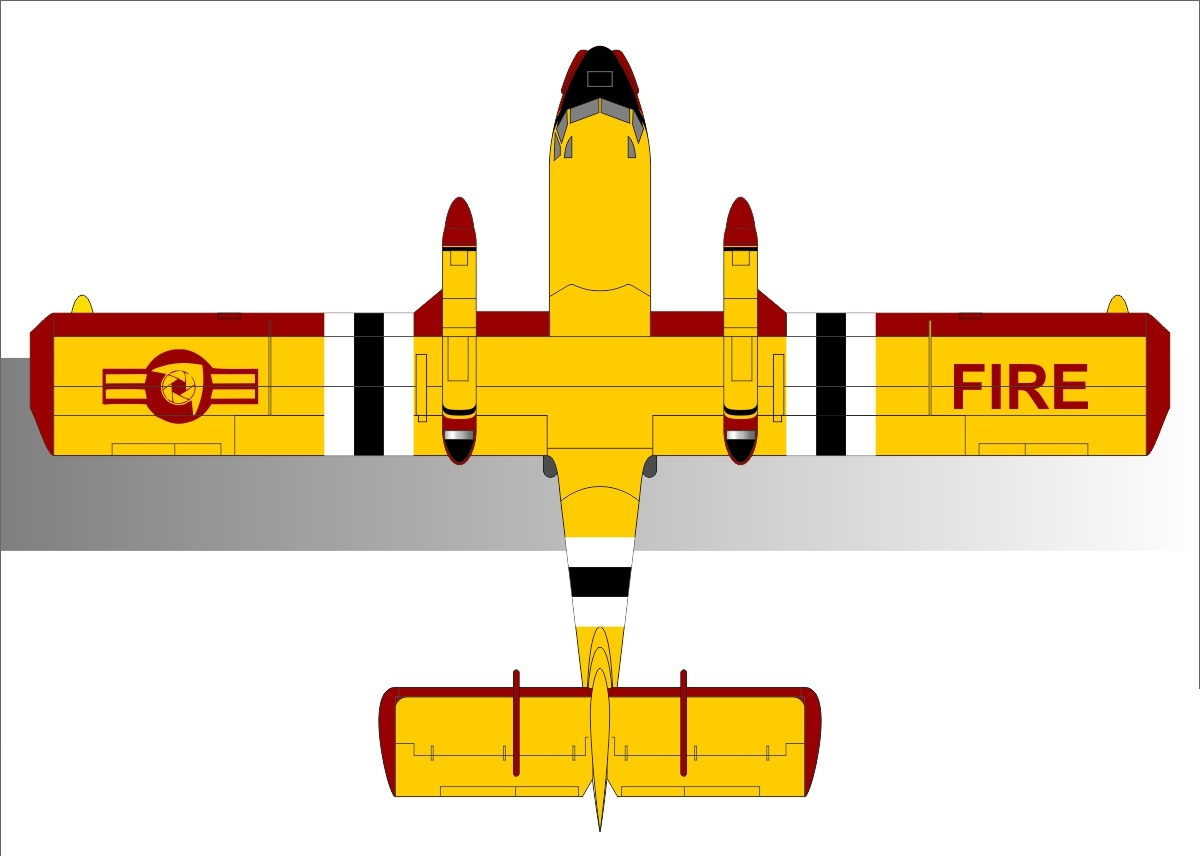 Headquartered in Bozeman, MT Bridger Aerospace is a leader in the Air Attack segment of the aerial forest firefighting sector. Bridger operates air attack, aerial imaging and aerial survey aircraft across all 50 states and is an awardee of the first UAV Operations contract for US Wildfire Response. Bridger and its predecessor companies have been flying in support of the US forest fire fighting sector since 2002. For additional information, please visit www.bridgeraerospace.com.

In 2018, LAAM, in partnership with Viking, formally launched the CL-415EAF "Enhanced Aerial Firefighter" aircraft conversion program. The CL-415EAF combines the proven performance of the CL-215 airframe with modern upgrades to create the next generation of the world's only purpose-built aerial firefighter and multi-mission amphibious platform.

Headquartered in Victoria, BC, Viking is the global leader in utility aircraft services, and the manufacturer of the world-renowned Series 400 Twin Otter. Viking is the Original Type Certificate holder for all out-of-production de Havilland aircraft, DHC-1 through the DHC-7, and provides exclusive spare parts manufacturing and product support for the legacy de Havilland fleet. In 2007, Viking launched the Twin Otter Series 400 production program, and to date new Viking aircraft have sold to 30 countries worldwide.

In 2016, Viking acquired the Type Certificates (manufacturing rights) for the Canadair CL-215, CL-215T, and CL-415 aircraft. With this transfer, Viking assumed responsibility for all product support for the global fleet of 170 aerial firefighters.

Viking is managed by Longview Aviation Capital and forms part of the portfolio of a prominent Canadian family investment firm that maintains a long-term investment horizon and is one of the leading investors in the Canadian aviation industry.

June 2, 2021 - by Geoffrey Thomas for www.airlineratings.com

New images of MH370 debris have been released by wreck hunter Blaine Gibson who is responsible for finding or securing the majority of the Boeing 777.

Mr. Gibson says many ask him if he was happy to find No Step, (below) the first piece of 370 debris he discovered.

"No I was not, finding aircraft debris from a crash makes one sad. I felt a sense of accomplishment and responsibility to ensure the debris was handed in and investigated.

The families and flying public want and deserve the truth whatever it may be, and I hope I can do a small part to contribute to that. Happy would be if I found 239...

Embraer got a big boost for its E-Jet E2 order book in April when it announced a firm deal for 30 E195 E2s.

"On April 23, the Company signed a firm order for 30 E195-E2 jets with an undisclosed customer, with deliveries starting in 2022.

The 30 firm orders will be included in Embraer's second quarter backlog," Embraer said in its April 29 earnings release.

Embraer delayed E-Jet deliveries because of the COVID-19 pandemic. Thin backlogs for the E2 pre-date the pandemic. This order, with deliveries starting next year, illustrates Embraer's...

Mirabel, Quebec -- The first section of the recently launched ACJ TwoTwenty has arrived at the A220 Final Assembly Line (FAL) in Mirabel, Canada, in line with the planning. This mid-fuselage section arrival marks the start of the first Airbus corporate jet ever assembled in Canada.

The ACJ TwoTwenty is the combination of a signature flexible cabin catalogue outfitted into a modern, reliable and cost efficient A220-100, designed for state-of-the-art business aviation jet operations.

The ACJ TwoTwenty will feature unmatched personal space with 73m2/785 ft2 of floorspace, and is the only business jet featuring six wide VIP living areas for up to 19 passengers. The ACJ TwoTwenty will have intercontinental range, capable of flying up to 5,650 nm/10,500 km (over 12 flight hours) and is at a price tag just under the Ultra Long Range bizjet price.

More than 200 Airbus corporate jets are in service on every continent, including Antarctica, highlighting their operational versatility, including in challenging environments.

Airbus Corporate Jets (ACJ) offers the most modern and comprehensive corporate jet family in the world, giving customers the greatest choice of unique, customisable and spacious cabins, allowing them to select the comfort they want in the size they need – offering them a unique flying experience.FRENCH VERSION

The CBC says private aircraft continue to operate international flights without the need for their passengers to spend a three-day hotel quarantine when they arrive.

The network combed FlightAware to find the private aircraft that operated into airports outside the four quarantine hubs to which international airline flights are restricted (Vancouver, Calgary, Toronto and Montreal.)

Not surprisingly, two-thirds of the flights, 572, went to…

The US Air Force is looking at the possibility of using fighter jets armed with both air-to-air missiles and a heavy loadout of stand-off cruise missiles as bomber aircraft able to self-escort in contested airspace and conduct devastating missile strikes.

This week, the 85th Test and Evaluation Squadron at Eglin Air Force Base armed an F-15E Strike Eagle with five AGM-158 Joint Air-to-Surface Standoff Missiles (JASSMs), more than twice what the plane would normally carry.

The unusually heavy loadout was part of…

Twelve years after an Air France Airbus plane crashed into the Atlantic killing 228 people, a court has ruled that the airline and manufacturer should go on trial for involuntary manslaughter.

The Paris court overturned a ruling two years ago and backed recommendations from prosecutors.

Flight AF447 from Rio de Janeiro in Brazil to Paris went down on 1 June 2009, killing everyone on board.

Both the airline and manufacturer plan to...

CQFOs will be fully trained as a Breeze Captains, to include Operating Experience (OE) and an official FAA observation. CQFOs will operate from the right seat until operational needs dictate the formal shift to the Captain's left seat.

Breeze Airways Pilots are responsible for ensuring safe and timely flight operations in accordance with all Company policies and Federal Aviation Regulations. Our Pilots are overall Leaders who safely take care of our Colleagues and Guests. They understand that our pursuit of Excellence is not a destination, but rather, a journey.

U.S. Defense Secretary Lloyd Austin said on Thursday there was no plan at this point to shoot down the remnants of a large Chinese rocket expected to plunge through the atmosphere this weekend.

The Long March 5B rocket blasted off from China's Hainan island on April 29, carrying the Tianhe module, which contains what will become living quarters for three crew members on a permanent Chinese space station…

Canada To Impound China C919 Test Aircraft While In Canada And Arrest Its Crew?

Now Boeing Wants To Be Loved By Canadians! - Remember The Bombardier CSeries? - Must Read...

UPDATED: Tomorrow, First Delivery Of Airbus A220 Made In USA

NEWS: Air Canada Might Have To Cancel Airbus A220 (CSeries) Order...

A First for Mobile Alabama... First Airworthiness Certificate To Made In USA (CSeries) Airbus A220

NEWS: Airbus Has Ordered Bombardier to STOP All Work Related To The A320neo Nacelle - Move Work To China - Mexico

Expecting You To Be Stupid The Media Are So Insane- About What?

Exclusive: Inside The Bombardier Belfast Factory After The Fire

Some News About Mobile, Alabama - Airbus A220

Video: UNITED 328 Engine Failure! WHAT CHECKLISTS did the pilots use? Explained Here!

Video: 1 Man Killed, Another in Serious Condition After Plane Crashes into Truck at Port of Los Angeles

Astrid Stuckelberger:   Understanding The Management Of The Pandemic 27/12/20

Video: 1 Man Killed, Another in Serious Condition After Plane Crashes into Truck at Port of Los Angeles

The Insider - What's Going To Happen at Bombardier - A Must Read...

Boeing Officially(ish) Rebrands The 737 MAX - Marketing Did Not Work Too Hard...

A380 Emirates plane in 'Near Miss' mid-air Collision with Airbus A330 - It could happen to you too!

Did you know? A New Microsoft Flight Simulator is Coming... What I Have To Say...